The main idea for this post originally appeared in the RICOH Developers Forum. Thanks to Rune Kyndal for building his awesome remote control and posting information on it in the forum. Rune was also kind enough to point us to the original code from Katsuya-san, which opened up a range of possibilities for the community to hack ESP8266 boards to control the THETA S 360 camera. I extended Rune’s post to include general information on ESP8266 boards and added information on the projects from Katsuya-san, the original author of the code for the ESP8266 THETA remote shutter project.

If you search on the Internet, you’ll quickly learn that the ESP8266 is a small WiFi module that cost between $6 and $15, with a typical price of $10 for the module with accessories built on the dev board such as breadboard breakout pins, LED monitoring lights, and flash. Most of the early excitement around the ESP8266 dealt with adding WiFi support to Arduino boards. However, as $10 (and cheaper) ESP8266 boards have a MCU, flash, and bootloader, people have been running the $10 boards standalone with a battery.

For projects with the THETA S, the ESP8266 can connect to the THETA S using WiFi, then send HTTP commands directly to the THETA to take pictures and control the camera. 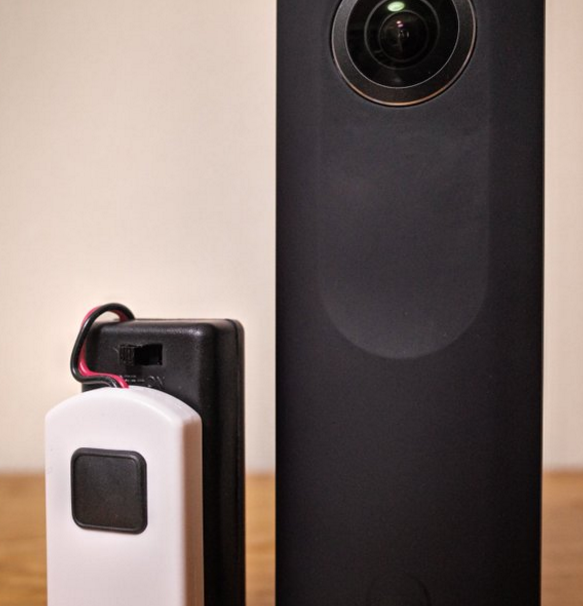 It’s a cool little project and very gratifying to press a remote button and hear the THETA S shutter chirp. :-)

From Rune Kyndal Hi Guys.. I just finished building a handy little remote shutter for my THETA S camera and thought I would share it.

I used a small Lipo battery and charger circuit and built the required ESP-01 circuit straight onto the 2x4 header. Everything is stuffed inside of a cheap 9v battery case (patent pending ugly hot glue birds-nest style)

Additional thoughts, I’m using a AMS1117 3.3v LDO between the ESP and the li-po cell. not sure how well that will work when the voltage drops..

Update: Maybe I will draw up a quick “Pseudo” schematic.. not much to it though. just an ESP-01 board a 3.3v LDO, 3 resistors. 2 leds. 1 button, 1 battery charger circuit board + battery, stuffed in a case.

Information below added by Craig.

Katsuya-san developed two remote control units for the THETA S. One version has a single button control and the other version has full controller features. Both versions are based on the Switch Science ESP-WROOM-02 development board. Although it looks like this board is only available in Japan, other 8266 boards are available globally. People in the US should be able to source parts from places like Adafruit SparkFun. Although I have not checked their parts inventory, you may be able to find components at places like Digi-Key and Mouser Electronics.

Pictures from Katsuya-san, the original author of the code. 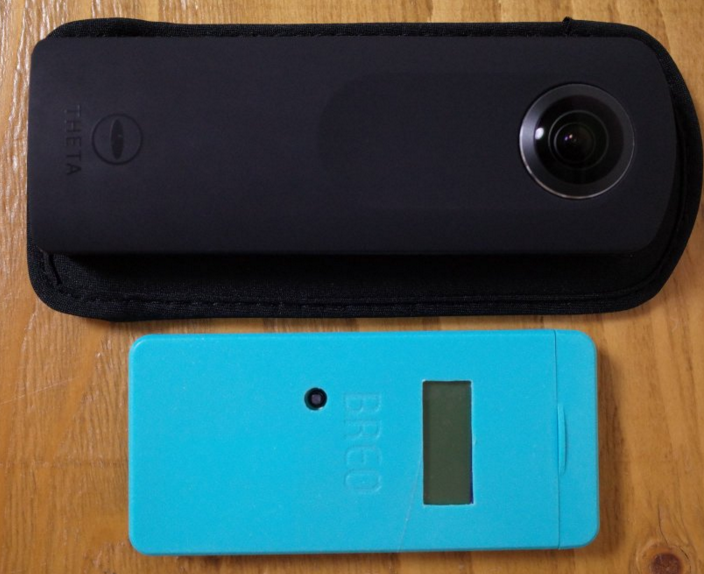 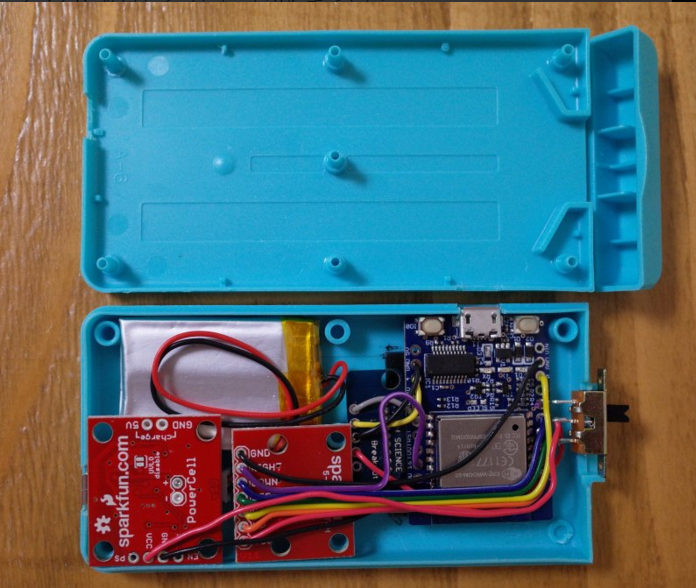 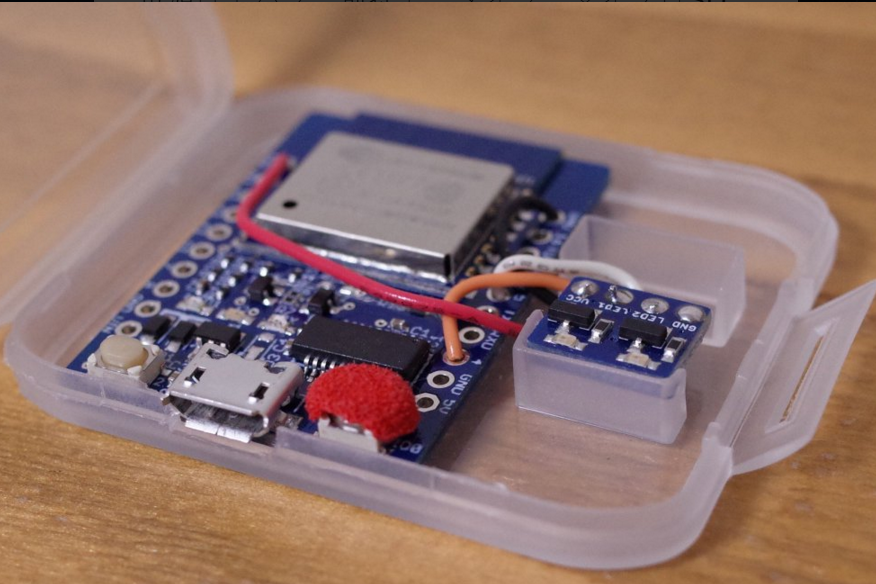