To illustrate the ease of creating Unity projects, I took my pre-teen daughter to Stanford University Cantor Arts Center and asked her to take pictures with a THETA S.

Back at home, I showed her how to import 3D assets into her 360 photo scenes.

Starting with a THETA image of rocks, she dropped it into the background and added free 3D assets from Archive3D.

This is the original image. 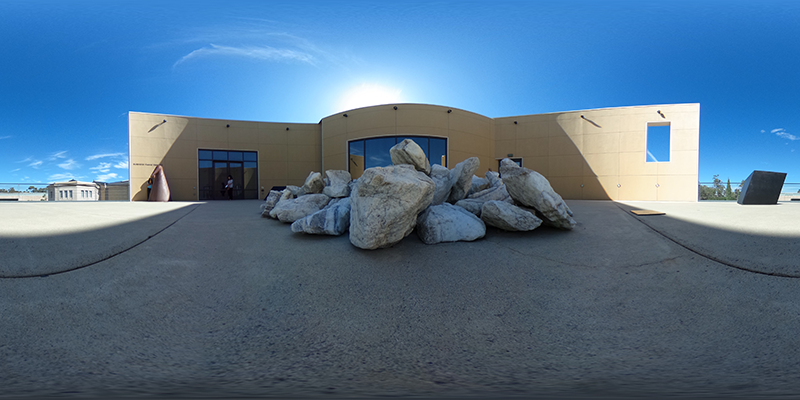 These are screenshots from the 3D scene she created.

Outside of the museum, she took a picture of a field. 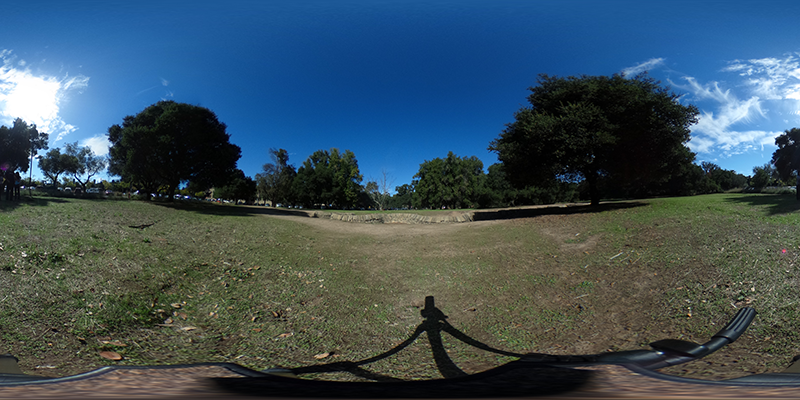