I spent last night in Santa Cruz and was planning to go surfing this morning, but when I woke up, I saw that red tide had hit the coast and was I decided to stay on shore, install Unity on my laptop and get Makoto-san’s ThetaWifiStreaming app working.

Wow. I simply opened up the project in Unity, pressed Play, and the WiFi 360 streaming started to work. 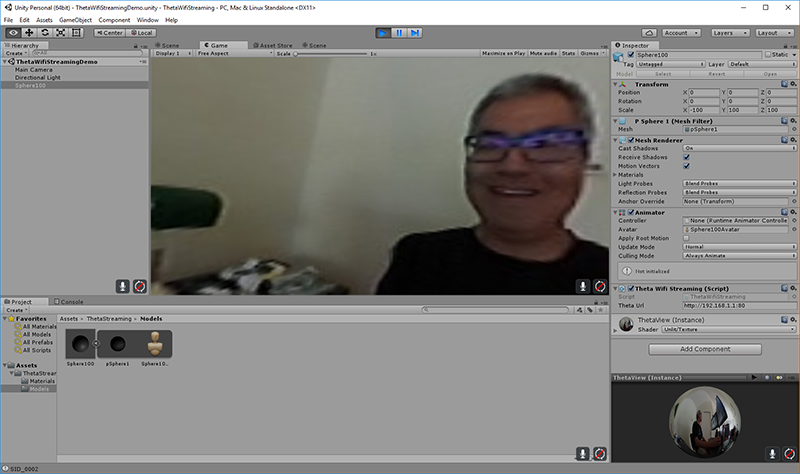 Going to the Scene tab, I was able to change the perspective. 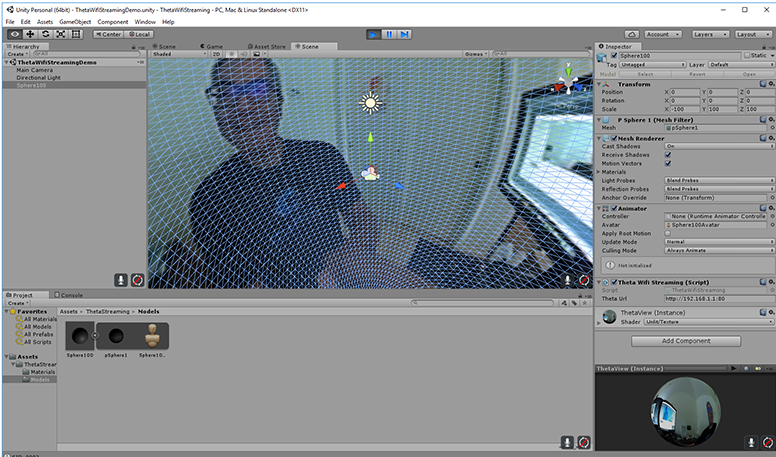 Using the scroll wheel, I was able to zoom out on the sphere to see exterior of the 360 video. 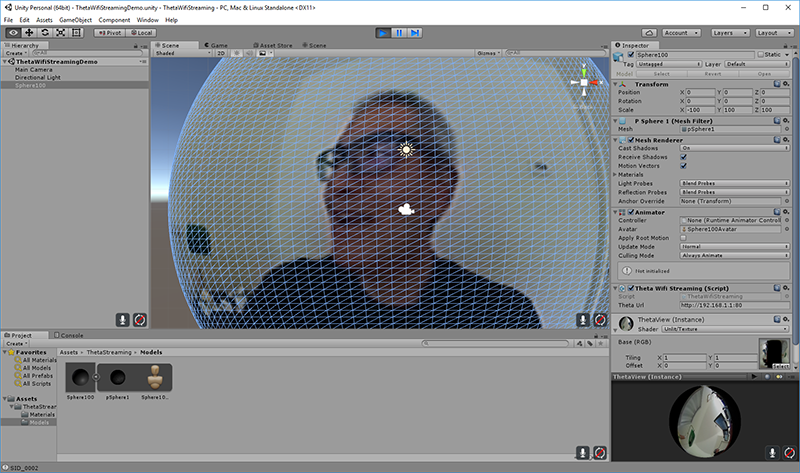 Usually, when you watch a 360 video on YouTube, your perspective is from the center of the sphere. It’s cool to see the outside. It’s so cool that I zoomed out more and realized I could put the sphere on a plane. 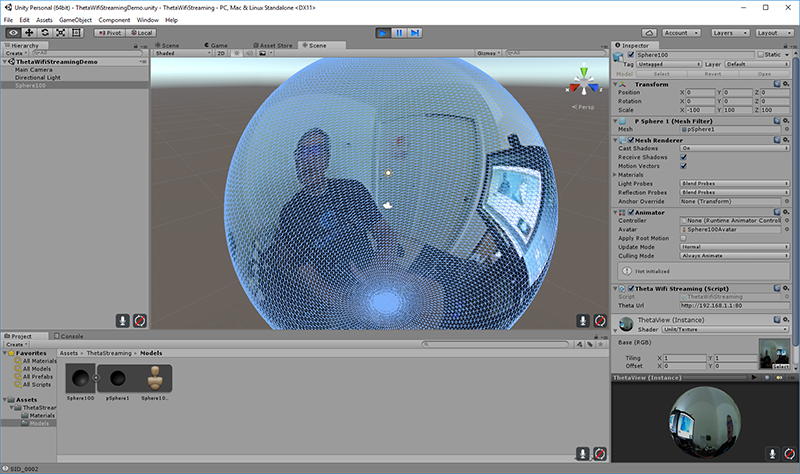 I adjusted the Scene view to get a top-down perspective of the video sphere and see the stitching. 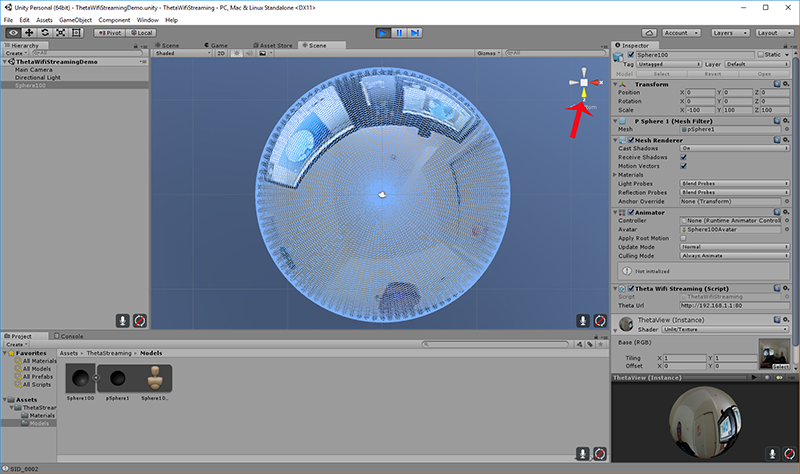 I then oriented the camera to face me directly to get a better view of the stitching. 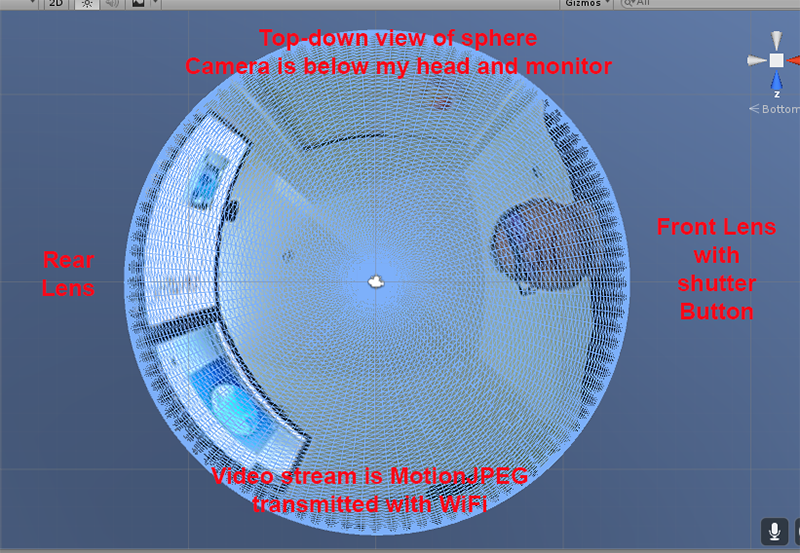 The stitching to equirectangular MotionJPEG is done inside of the THETA using RICOH’s proprietary ASIC chip. As you would expect, the stitching is great. The main downside is that the video stream is only 640x320 and streams over WiFi at 10fps.

In a previous blog post, I showed a picture from Makoto-san of his app working on a mobile phone.

The streaming is intended only to preview still images. However, it’s fun to play with and get a taste for what might be possible in the future with 360 video streams.