I started using the THETA S pretty recently, and figured I would document what the first few days were like for me. I took the camera for a test drive in my girlfriend’s apartment and it turns out one of her cats is pretty interested in 360 cameras. If you have a VR headset, you can get up close and personal with her cat Zeus toward the end…

I tried to edit that video down, but couldn’t find desktop applications that worked (I could trim it, but not re-convert into the THETA 360 viewer), and the THETA+ Video app is only for iOS…so you might want to be careful with your video length if you’re on Android. But, it turns out that when you upload to theta360.com there’s a size limit, so they have an option to trim the video during the upload, which works just as well for my purposes. The next day we decided to take the ferry to Tiburon, so I brought the THETA S with us. If you look hard enough you can see the Bay Bridge, Golden Gate Bridge, and Alcatraz (Tiburon is a peninsula just behind Alcatraz).

The image quality is great, but it seems like that quality degrades a little bit in the video I took. You can see the line where the two half-spheres of video get stitched together, and when you zoom in on Alcatraz it gets pretty blurry, but overall it’s a pretty cool video.

That night we went to the Hatsune Miku concert at the Warfield back in San Francisco, and of course we took the THETA along with us. It seemed to have trouble with the lowlight environment, but it still gives you a pretty good idea of what the space was like. Here’s what the quality is like during a well-lit moment:

The video handled movement pretty well, even with all the glow sticks flying around. Here’s what it’s like with slow glow stick movement:

And here’s what it’s like with fast glow sticks:

The next day we went to Berkeley for some beer at Rare Barrel and I decided to take a picture because I knew my brother had a cheap VR headset. We took this picture and threw it into the headset with the help of the Tao360 app on my phone:

So if you want to know what Rare Barrel’s like (look at all the colorful beer!), try to get that image into a headset and you’ll get the basic idea. The Tao360 app is pretty minimal, but fine for throwing an image into a cheap headset.

After I left Berkeley I realized that I could use the THETA S app to view the image in VR, so I took a look without a headset. It seems to do a good job, just be sure you have a way back (it took me a little while to figure out how to swipe to get to my home screen).

Back at the office I decided to try my hand at livestreaming in 360 with the THETA on YouTube. It takes some effort, but I felt pretty accomplished by the end, even though I only got a few seconds of successful streaming in.

The first problem I ran into was that my Norton software rejected the UVC Blender that Ricoh recommends to download. 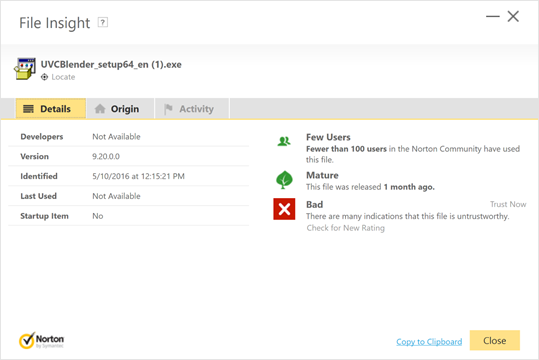 I circumvented this by disabling my Norton for an hour (just right click the icon and hit “disable auto-protect”). Then I downloaded OBS and had to deal with its smushed interface. 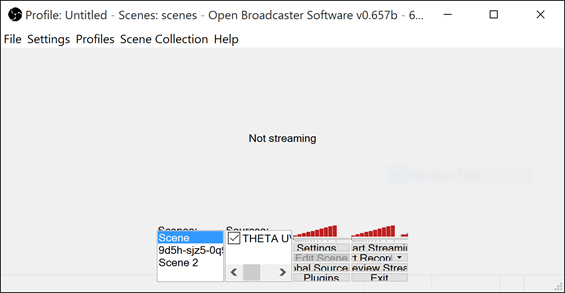 It’s navigable, but requires more effort than it should. After fumbling around with choosing between OBS’s YouTube or Custom options (custom worked much better for me), I was ready to start streaming. 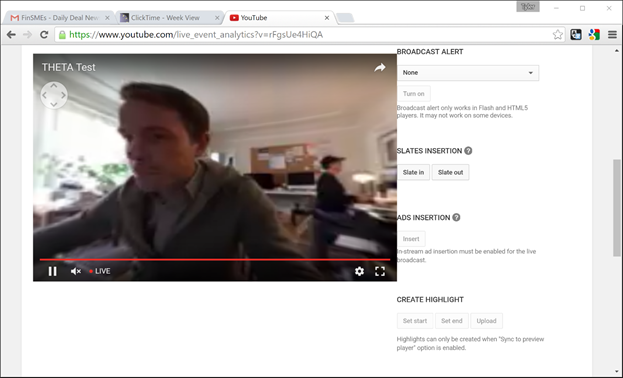 That’s about the best quality I could get, and I could only get the stream to work for a few seconds at a time, but I’m counting it as a win and am looking forward to tweaking it to boost the quality. For a much more in depth guide to livestreaming, check out Craig’s detailed blog post on how to livestream the THETA on YouTube.

If you’re looking for ways to challenge yourself and experiment with your THETA, Ricoh’s hosting a contest that runs until the end of August. You can also join the SF Bay Area Ricoh THETA Developer’s Meetup for information on how to jumpstart your development for the contest.